What I do - Meet Alastair, Roper Rhodes Product Designer

Meet our Product Designer Alastair, the face behind our innovative brassware design.

What is your role at Roper Rhodes?

I am one of the Product Designers here at Roper Rhodes and work in the New Product Development department. We are the team responsible for turning our design ideas into the products our customers use every single day. How we get there is the fun part - whether we are sketching, 3D printing, building things in our workshop, testing prototypes or just analysing current trends - everything we do is focused on making great products.

I first started here as a Product Development Technician, which at the time involved working on projects for all of our main categories - so I have first-hand experience designing furniture, sanitary ware, brassware and I even briefly worked as a joint category manager for our Mirrors and Cabinets category.

With the expansion of our department earlier this year, I have worked almost exclusively as our Brassware Product Designer, driving our design work for taps, showers and accessories for all of our major brands. 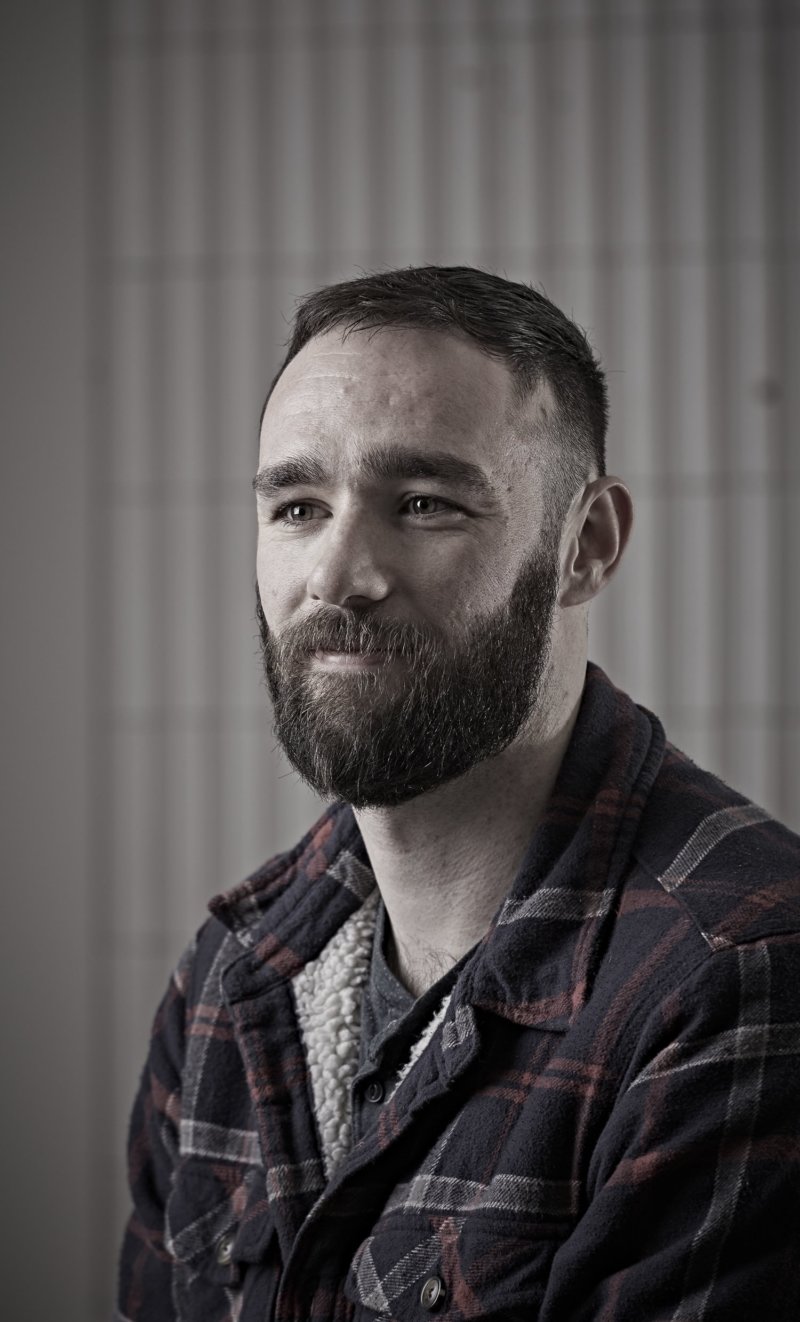 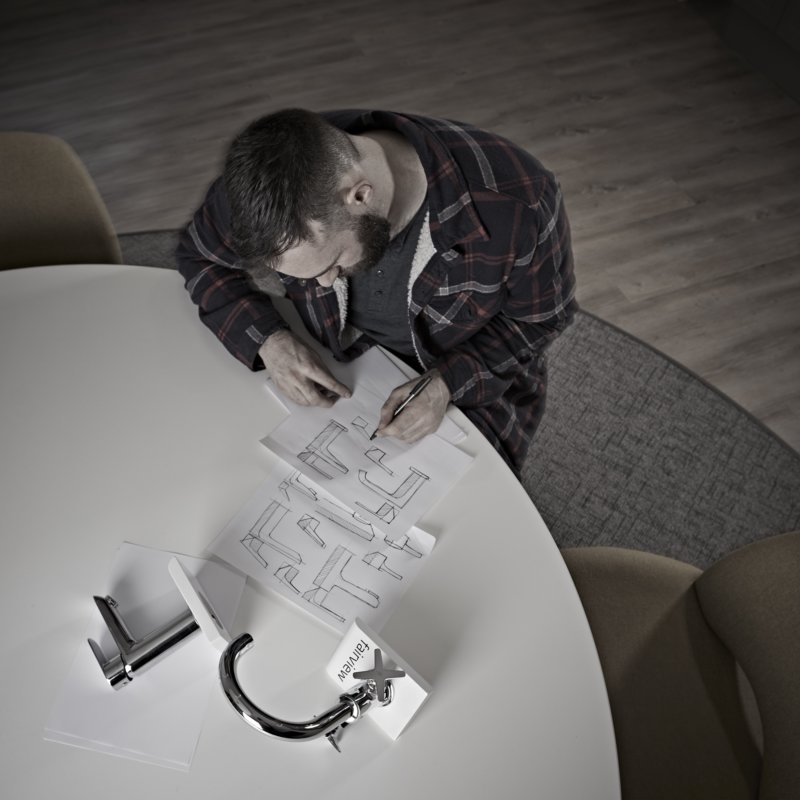 How did you get here?

I joined Roper Rhodes in 2013 - although it doesn’t seem nearly 5 and a half years ago! I am originally from Birmingham (a fact that doesn’t go unnoticed around here…) and started studying Design and Technology at school. Having had the opportunity to visit my old school a few years back and see some of my old work, I’m amazed I’ve managed to do this as a career!

During my studies, I was lucky enough to have the opportunity to work with Unilever who amongst a vast number of other household brands, own Lynx, Dove and Rexona. This gave me some fantastic insight into fast paced design environment and given that Unilever are also the guys behind Wall’s Ice Cream and Ben and Jerry’s, their regular freebies pretty much got me through my final year of studies! After graduating I worked as a Rugby Coach in South Africa for a few months before returning back home to start here as a (relatively) fresh-faced Design Technician.

What do you enjoy most about your role?

I love the variety - being in an industry that is trend-led and influenced by consumers mean that no project is the same and although now my role is focused on Brassware, I have seen my sketches and 3D models transform into real-life furniture, mirrors, and sanitaryware that then end up in people’s bathrooms. Being able to see something you’ve poured your creativity and knowledge into come to life is really rewarding.

The NPD (New Product Development) team we have at Roper are a great group with some incredibly talented people so even if I’m not personally involved in a project it’s really fun seeing things evolve around you. It can be stressful and hard work but the end product makes it worth it.

People or brands that you admire or inspire you?

Without wanting to sound too cliched, the people that inspire me the most are my family. I wouldn’t have had the opportunities I've had without their support and they constantly make suggestions of products they’d like to see when I head back home. Not all of the suggestions are great…and in some cases physically impossible, but they've always had a keen interest in what I’m working on.

Design-wise, as hard as it is for someone who studied in the school of Mechanical Engineering to admit, I’m guilty of being a fan of form over function - where product styling and looks take precedence over how well they work. I like Alessi products - especially Stefano Giovannoni’s work and have frequently found myself lost in a Joseph and Joseph section of John Lewis. Individually I like the work of Product Designer Yves Behar and Architect Frank Lloyd Wright.

I can also recommend a great Design based Podcast called The Honest Designer Show which is a group of graphic designers and illustrators who discuss everything from finding your own personal design style, what are the essential tools of the trade and even how to sell your work.

1. To borrow some advice from another creative industry, writer William Faulkner suggest that ‘you should not be afraid to kill your darlings’ which sounds a lot more drastic than it actually is. It’s easy to form an emotional attachment to your work, especially if it’s a design idea you’ve put a lot of time and energy into or if it fits your personal style. Being able to step away from a design that you may hold some bias over is the sign of a good designer. You may revisit it, you may develop it further or it may be perfect after all. But without exploring other options, especially after you think you’ve found the solution, you can’t know for sure.

2. Learn as many new skills as possible. If you have the opportunity to learn a new software or work on something you’ve got no experience in, use that chance to broaden your skill set. There are a hundred ways to solve a problem, and anyone who has opened up any of my 3D Models can vouch for the fact that there are plenty of unorthodox methods that yield the same results. Find what works for you; your own style and your own methods until it becomes second nature. A good designer has to be able to communicate the ideas in their heads effectively - how they do it is up to them.

3. This final tip I think is probably the most important when looking at working in a design role - and one I was lucky enough to have drilled into me at University - a designer isn’t just there to make things look good or feel nice. A good designer understands every single aspect of the product they’re designing. Beautiful sketches, realistic 3D models and photorealistic rendered images mean very little if the answer to ‘So, how does it work?’ is answered with ‘I don’t really know.’