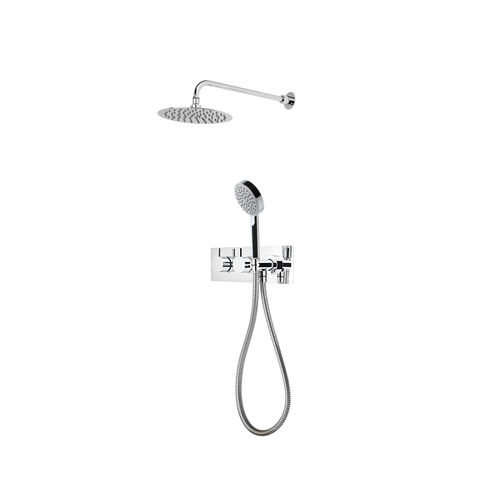 A sleek, chrome finish thermostatic mixer shower with a concealed diverter valve. This dual function showering system includes a dual valve that allows the water to be diverted between two outlets, for instance the shower wand and fixed shower head, in addition to controlling water temperature. Full Details

Find a Stockist Request a Brochure

Designed by us. Tailored by you.

Our most comprehensive shower collection. With a choice of single, dual and triple function mixer shower systems, Event is available in both round and square styles and can be combined with either a bar shower valve or a concealed mixer valve for your convenience. With multiple configurations available- from fixed head and riser rail sets to the more extensive shower head, shower wand and bath filler options, Event has a showering solution for every bathroom.

Experience our shower products in-store with one of our dedicated shower stockists,